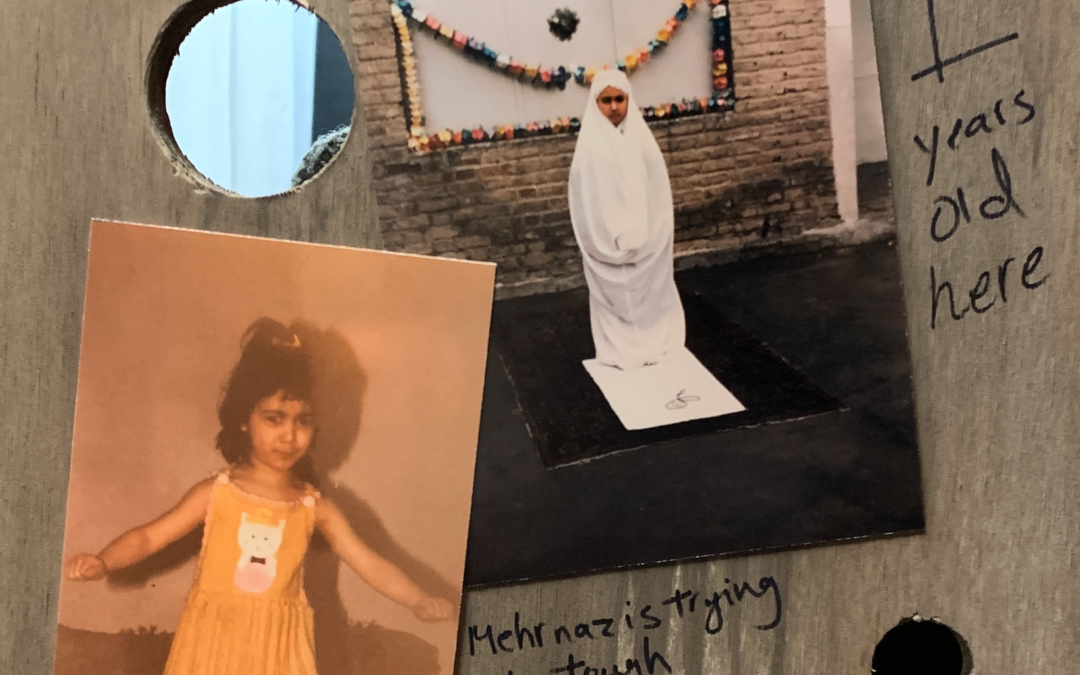 I am an Iranian Muslim born Bisexual woman who migrated to the West in search of freedom at the age of 20. Though you wouldn’t be able to tell from that description, I’ve always run away from labels (the irony). During my 20 years of life in Iran, I was given some labels, and I was put into boxes because of my rebellious nature. Under a dictatorship with strict religious and traditional laws, it’s almost unimaginable not to be boxed.

By way of destiny, I had time to depart from Iran, to run away as far as I could, to leave behind all the good and bad labels I was given. I was excited to explore myself, dress the way I want, say what I want, and to choose my way of living.

This was my chance to start fresh with a clean slate.

When I moved to Canada, I went wild like there is no tomorrow. I did the opposite of everything that I was told in my life in Iran. I partied, drank heavily, and had lots of sex without having fear of going to jail. It was truly a remarkable experience that brought by itself many dangerous situations, but that’s another story for another time.

Then I went after the one occupation that I was restrained to go after in my time in Iran, Acting. I got my BFA in Acting at Concordia University in Montreal despite many obstacles. The more I heard things like: you can’t do it, it’s not possible, your English is not good enough, you are not pretty enough, you can’t play the roles that western women can play, the more I was determined to do it.

Later on, I moved to Los Angeles, and I got my MFA in Acting with a full scholarship. Sometimes I wonder if my determination in becoming an actor rooted in my need to prove that I couldn’t be tamed. Oh well.

As I was busy getting out of the limitations that were forced upon me by my birth country, I found myself living in a set of new boxes resulting from a western perception of me as a Muslim woman, as an Iranian, as a foreigner. And soon I confronted the new waves of Western labels: Person of color, ethnic, exotic, oppressed, fresh off the boat, terrorist. I worked hard not to be boxed, but here I was.

The illusion of the box. Once you get out of one, you find yourself in a bigger box. The thing about the box is, if one does not fit it, a few things will happen:

Or one could embrace the box. I am all my labels and none of them. The truth is that any identity following “I am”, doesn’t capture my full “I amness”. It doesn’t capture anyone’s “I amnes”, yet we walk around and brand one another without ever asking any questions. It seems our brain is ready to group in order to include or exclude.

My work is an invitation to see the world through a lens of a human being who is an Immigrant Iranian Muslim born Bisexual woman or who is none of that.

We are at a point in history where we need to take responsibility for our actions and it’s not enough anymore to choose an ideology or opinion and follow that, but we need to actively engage in conversations, allow each other to think out loud and listen to each other instead of talking at each other. We are at a very important junction of history and the only way to move forward is to learn to have conversations and find common ground.

I invite you to join me on this journey.