How I Divorced Cigarettes 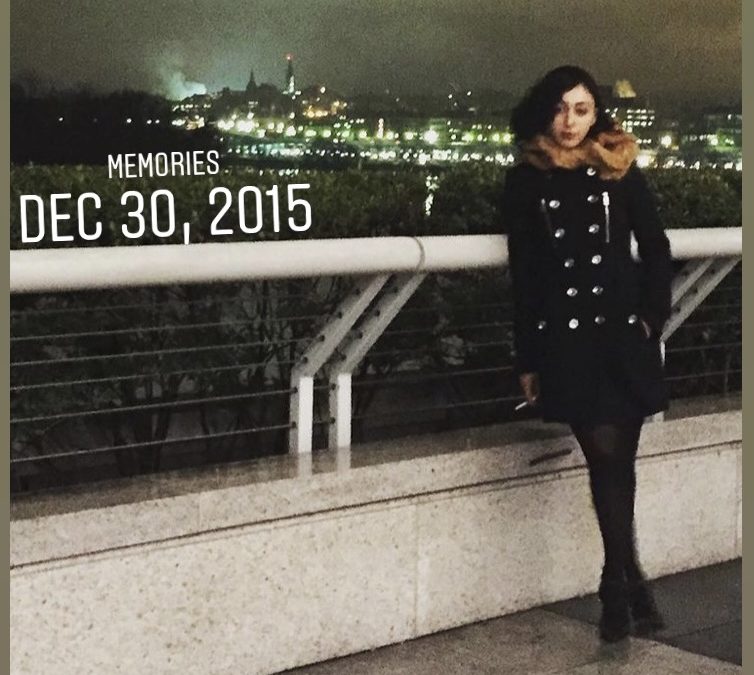 This is me five years ago today. I was still a smoker. By that, I mean, I was full-heartedly committed to smoking for the rest of my life. I used to believe I was going to die at the age of 38 in a car accident. I had dreamt about it.

When I smoked, I was, simultaneously, prophesying my death. Poisoning myself was the only way to reinforce the story I’ve created in my head. Maybe wanting to die in an accident, subconsciously — in this twisted way, brought me closer to the father I didn’t grow up with (He died in a car accident when I was ten years old).

I smoked for 13 years — Quitting was not going to be an option. It wasn’t just the nicotine I had to grapple with. To stop smoking, I had to tackle the identity I’ve created around smoking.

I was 16 when I saw a play in City Theatre in Tehran (تاتر شهر). After the play finished, I went downstairs to the café/bookstore in the building to mingle with the actors. This group of actors sipped on their Espresso cups, smoked cigarettes while chatting casually about politics, poetry, and arts. It was surreal scenery at the time. I felt I am in the year 1900 at a café in Paris with Franz Kafka, while Salvador Dali was trying to insert himself in the conversation. This was the type of crowd I was looking for all my life, an odd group of artists. Once I saw them, suddenly everything made sense — I felt a sense of belonging, a profound connection. They were considerate, sensitive, and deep, and I wanted to be that. So, the next day, I bought a pack of blue Kent cigarettes. I sat in a coffee shop reading a poetry book by Sohrab Sepehri while sipping on my Espresso cup. It was there that I lit my first official cigarette. I was an artist.

Of course, I didn’t ask anyone, and no one told me that smoking has nothing to do with being an artist. But I remember that all I was looking for was a connection. I longed for communication, for mutual understanding, for acknowledgment. That was my first knot with smoking.

It was hard to quit because it meant that I had to let go of the persona I created for myself. It meant that I had to say goodbye to the dark hair mysterious artsy girl who always sat by herself, wore red lipstick, smoked a cigarette, and talked about important things in life. This was Michael’s description of me in 2015.

If anyone suggested me quitting smoking, I would unleash my monster on them. No one was allowed to touch this persona, this mask. I was going to die in a car accident at age 38 with a cigarette in my mouth before parting with smoking. No sir, I am no quitter.

My father was a heavy smoker. He died because when the wheel of the car pressed into his chest, his lungs were not strong enough to endure the pressure.

Smoking was my pacifier. I was seeking with my mouth open, looking for a connection. And when I couldn’t find any, I would stick a cigarette in my mouth, so the pain of being abandoned without love and connection gets a bit more bearable.

So how did I stop?

“I want you to stop smoking because I love you, and I don’t want you to die.” Michael looked me in the eye and repeated these words a few times.

It was for the first time in my life that someone held my hands, looked deep into my eyes, and told me to stop. It was not out of pity or anger or frustration. It was out of love. Michael held my gaze shame-free, tears coming down his eyes — he said, “I want you to stop smoking because I love you, and I don’t want you to die.”

That penetrated my heart so profoundly that there was no way I could continue smoking.

And that began my journey of quitting. The journey was long and hard. It required searching, forgiving, healing and moving on. It took me three years to quit. Finally, two years ago, I was able to stop completely.

The addiction is more than just a physical hurdle than one can overcome in a couple of months with some nicotine patches. It’s about years of conditioning. It’s about wounds. It’s about identity. It’s about the stories we tell ourselves. It’s about our undeniable right to life.